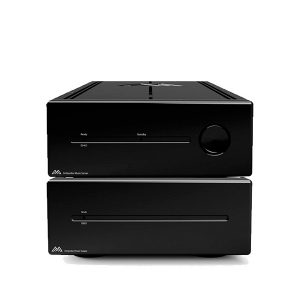 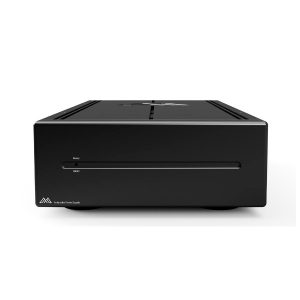 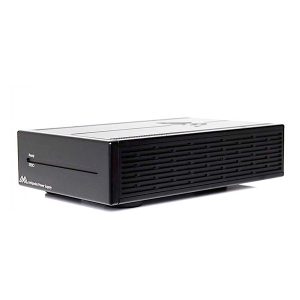 The small form factor Antipodes S40 uses the same server engine as is used in the K30, but is powered by a standard external power supply brick.

The small form factor Antipodes S40 uses the same server engine as is used in the K30, but is powered by a standard external power supply brick. The S40 can be upgraded by adding the HSL50-based S60 Power Supply, to deliver considerably better audio performance.

The Antipodes S40 uses the v5.2H board. This board is a ‘first’ – the first Antipodes board that is excellent for both server apps and player apps. It is recommended for use as:

A powerful Server/Player, running both Server Apps and Player Apps, or
A dedicated Server-only, to stream to the Ethernet input of your DAC (or Amp), or to stream to an Antipodes S30 (used as a Player-only).
Roon+HQPlayer
But there is a third important option with the S40. Many audiophiles prefer to use Roon Server with HQPLayer as the player. Both Roon Server and HQPlayer work best with high computing power, depending on what features are used. The third option is to use one S40 for running Roon Server and another S40 to run HQPLayer Embedded. Power them both from a single S60 or dedicate an S60 to each of them. This is a stunning sounding solution.

The Antipodes S40 includes analog output on headphone jack. This is provided for convenience and does not imply we have included a headphone DAC of the same class as the music server engine. The analog sound is good and is provided to enable an easier entry point for someone that does not yet have a good DAC. To realise the full potential of the S40, you should add a quality DAC, or stream to a quality Player such as an Antipodes S30.

Install your own storage disk, up to 5TB HDD or 8TB SSD, or have your provider install it for you. Add USB drives. Include music files located elsewhere on your network. Upload music files from anywhere on your network. Add internet streaming services. Attach an Antipodes K10 Ripper to import music from your CDs. All easily user-configurable to form a single integrated music library that is available to all playback solutions selected.

Easily select the playback solutions you wish to use, from the world’s best high-end digital audio software providers. Stream by Direct Ethernet connection or USB Audio to your main stereo system, and at the same time stream over your network to streaming devices.

Setup and control everything from your desktop, laptop, tablet or smartphone.

The small form factor Antipodes S60 is a HSL50 power supply that can be used with any Antipodes music server that is externally powered. Not only will it transform an Antipodes S20, S30 or Antipodes S40, but it will also dramatically upgrade legacy Antipodes DS, DSGT, Core or EDGE music servers. The improvements in refinement, resolution, dimensionality, dynamics and musical expression are dramatic.

It is important to note that the S20, S30 and S40 have been tuned for optimum performance with a very fast power supply. For low cost, an smps power supply is suitable. For much higher preformance, an S60 is ideal. While you can power an S20, S30 or S40 with a third-party linear power supply, you will lose some of the speed and excitement compared to using the S60.

The S60 may seem like an expensive power supply until you hear what it can do. One of the biggest challenges and biggest influences on sound quality in digital audio is the power supply. Some manufacturers use smps power supplies, and the result is musically lively sound but timbre and tone that is not natural. An smps has the speed needed in digital audio but its high frequency noise is its weakness. Some manufacturers use linear power supplies, and the result is ‘pretty boring’ – pretty tone and timbre, but boring delivery of the music due to poor presentation of the speed and timing that preserves the excitement and tension of real music. This is where the S60 (and the much larger power supplies used in the K Series) are unique – delivering the speed of an smps and the low noise of a linear power supply. The result with digital circuits is a critical part of the performance of Antipodes Music Servers. 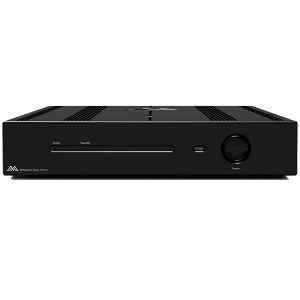 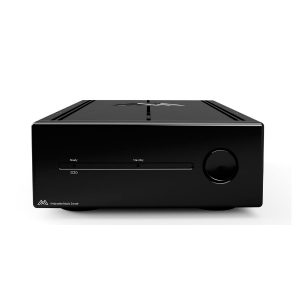 The small form factor Antipodes S30 is our entry-level music server and yet it is based on the advanced player engine used in the K50 and K30. The only compromise made is the external power supply brick supplied as standard. 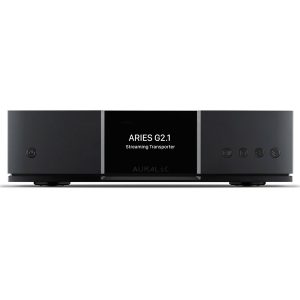 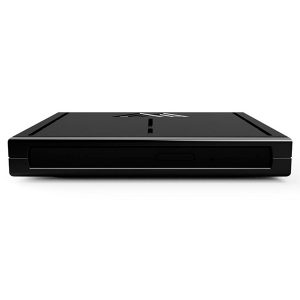 The small form factor Antipodes K10 ripper is supplied separately and can be used with any Antipodes music server. Any ripper connected to a music server will have a small negative impact on playback sound quality, so we recommend the ripper is disconnected when not in use.