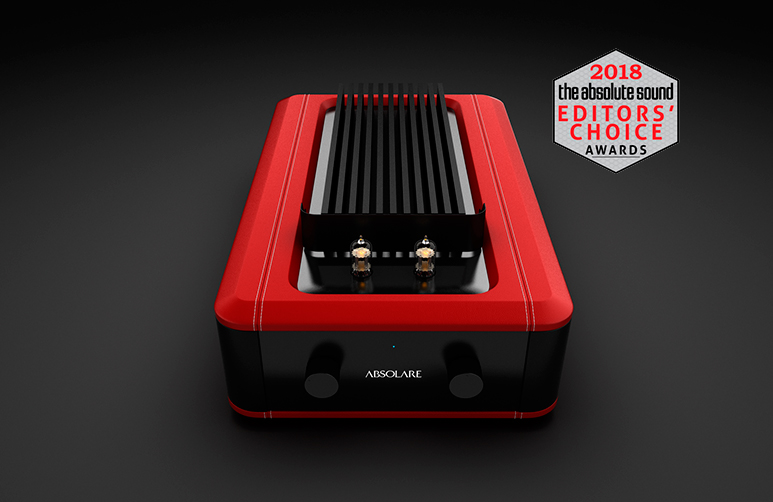 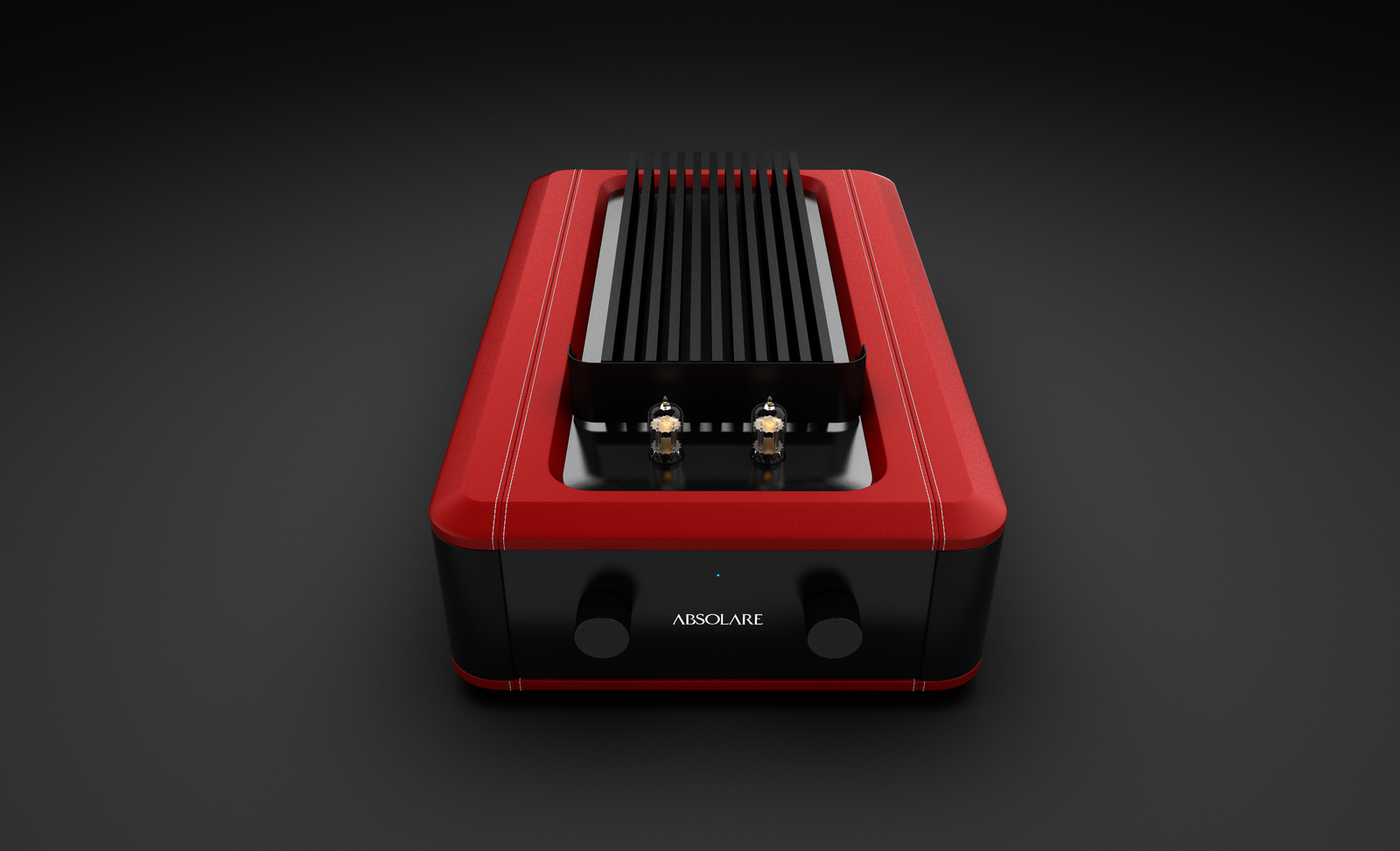 The integrated is characterized by a tremendous sense of body and texture, as though it were a living and breathing entity.

When I first heard the Absolare Integrated at the Munich show (driving Rockport Altair speakers) it struck me that the amplifier sounded very much like Absolare’s Passion preamplifier and Passion power amplifiers, products with which I was intimately familiar.

Back in my listening room, driving either Rockport Lyra loudspeakers or my long-term reference the Magico Q7 Mk II, the Integrated had all the hallmarks of Absolare. I heard a remarkably similar presentation to that offered by the Passion products, particularly considering the Integrated’s solid-state output stage, single chassis, and significantly lower price.

I don’t know whether Integrated was designed to sound as much like the Passion products as possible, or whether the Integrated simply reflects Absolare’s sonic aesthetic.

Whatever the reason, the Integrated is characterized by a tremendous sense of body and texture, as though it were a living and breathing entity rather than a mechanical reproduction. This quality derives from its midrange centric presentation, which is in keeping with the Integrated’s heritage derived from its predecessor, the Passion SET amplifiers.

Jonathan Valin has written about a system being “top-down” or “bottom-up.” That is, a bottom-up presentation has a solid bass foundation, while a top-down sound has more emphasis on the top-end transparency and detail, with less weight and solidity. To expand on that concept, the Absolare Integrated could be characterized as a “midrange-outward” sound.

That’s not surprising given that the Passion SET amplier, which is the Integrated’s conceptual, visual, and technical antecedent, has a very midrange-centric presentation. 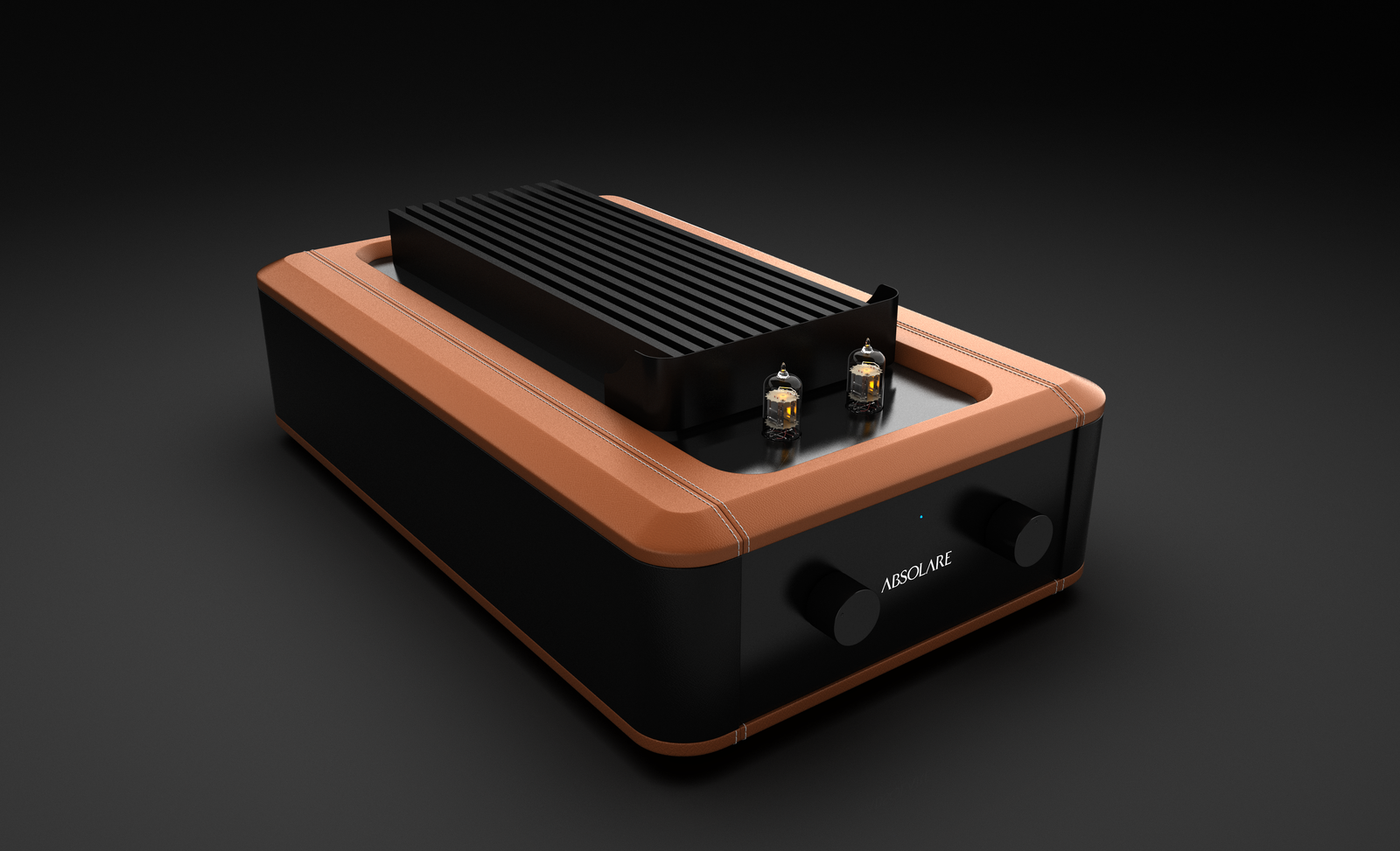 Like the Passion 845, the integrated has a glorious texture, body, and harmonic density through the mids that brought instruments rich in those frequencies to the fore. The midband was somewhat forward, but not in the usual sense of appearing toward the front of the soundstage, or of having an exaggerated presence region.

Rather, I found my attention drawn to the mid range for this amplifier’s extraordinary sense of clarity, combined with warmth and sheer timbral gorgeousness.

Heightening the experience, the Integrated’s rendering of timbre was utterly liquid and grain-free. Subtle textural details that convey instrumental timbre and musical expression were beautifully conveyed.

The Integrated is as close in sound to a pure tube amplifier as I’ve heard from transistors.

Also like a tube amplifier, the Integrated had a wonderful feeling of bloom and “action,” with a palpable sense of air expanding around instruments’ dynamic envelopes. I can best describe the Integrated’s sound, and midrange in particular, by comparing it to the sound of Ben Webster’s tenor sax on, say, Gentle Ben, or Soulville—rich, creamy, and sensual.

The previously reviewed Passion 845 SET amplifier had remarkable bass extension, control, and authority for an SET, but understandably didn’t plumb the depths the way a big solid-state amp can. That’s not the Passion 845’s mission in life.

But the Integrated marries much of the Passion 845’s midrange magic to a more solid and powerful bottom end, thanks to the transistor output stage. The Integrated took control over the Magico Q7 Mk II’s woofers and provided a tighter rendering with greater pitch precision. The Integrated wasn’t quite as adept as the Passion at depicting the density of texture of bowed double bass, bass clarinet, or bassoon, for examples.

Nonetheless, the mid-to-upper bass was more nuanced and filigreed than most solid state amplifiers, even expensive mono blocks.

The mid bass region also had a richness, warmth, and bloom that were the antithesis of dry and sterile.

However, the Integrated—in keeping with its overall SET-like character—didn’t have quite the extension, slam, and visceral impact of my reference solid-state mono blocks. Although built around a transistor output stage, the Integrated still sounds very much like a tube amp in its mid bass warmth, bloom, and emphasis on instrumental body and textural details rather than bottom-end slam.

Similarly, the Integrated had a wonderfully delicate and grain-free treble but wasn’t the last word in extension and top-end air. The treble was utterly liquid and refined; there was none of the hash that makes vocal sibilance annoying; cymbals had a delicacy that emphasized the rich lower harmonics rather that top-end sizzle; and saxophone lacked the thinness of tone color that is all too common in solid-state amplifiers.

The Integrated is an amplifier that communicates through creating a relaxed, easy-going, and intimate experience rather than bombarding the listener with hyped detail. Some listeners may find the Integrated a bit too polite in the treble. As always, matching an amplifier to the loudspeaker for the greatest musical synergy is vital.

Partway through the review process Absolare sent to me a new set of tubes from a cache that it had just discovered. Oddly, these 1965-vintage NOS tubes were shipped to me from Australia. As good as the Integrated sounded initially, the new tubes were significantly superior in nearly every regard. The palpability in the mids increased; the soundstage was more dimensional, and the music had a greater sense of life. The new tubes had less mid bass bloom, which made the presentation a little leaner but the low bass extended deeper and with better definition. 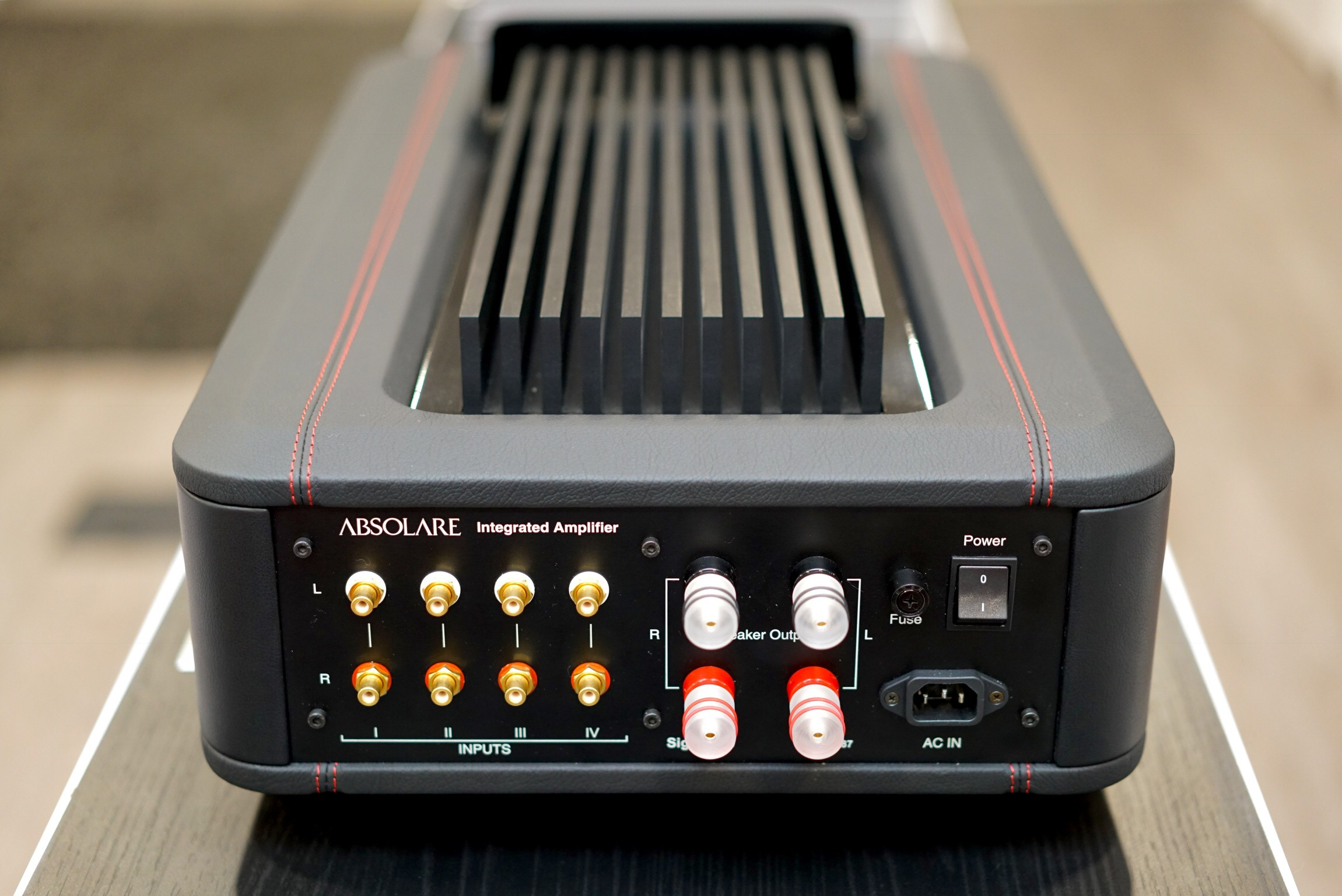 Living with the Absolare Integrated fosters a very different relationship between listener and hi-fi system. It’s an entirely different aesthetic from the feature-laden component with a brightly lit alphanumeric display, sharp-edged metal casework, and sound that values treble detail at the expense of rich musicality.

Instead, I found something tremendously compelling about the utter simplicity of the Integrated’s operation, the way it looks like a piece of art rather than a product of industrial engineering, and the warm and fatigue-free listening it offers up. The Integrated’s sound is not just tube-like, but SET-like in its lush midrange liquidity and voluptuous warmth. But unlike any SET—even Absolare’s own powerful and robust Passion 845—the Integrated will drive a wider range of loudspeakers and deliver deeper and more controlled bass.

Some tube-transistor hybrid amplifiers are a mix of compromises and trade-offs, with the designer attempting to minimize each technology’s shortcomings while maximizing its strengths. I see the Absolare Integrated not as a product of compromise, but rather of distillation. The company has found a way to bring the magic of its all-tube Passion components to a product that is not only more affordable, but also more  flexible because of its ability to drive a wider range of loudspeakers. Give the Integrated a listen, I suspect that many of you will be captured by its many charms, just as I was. 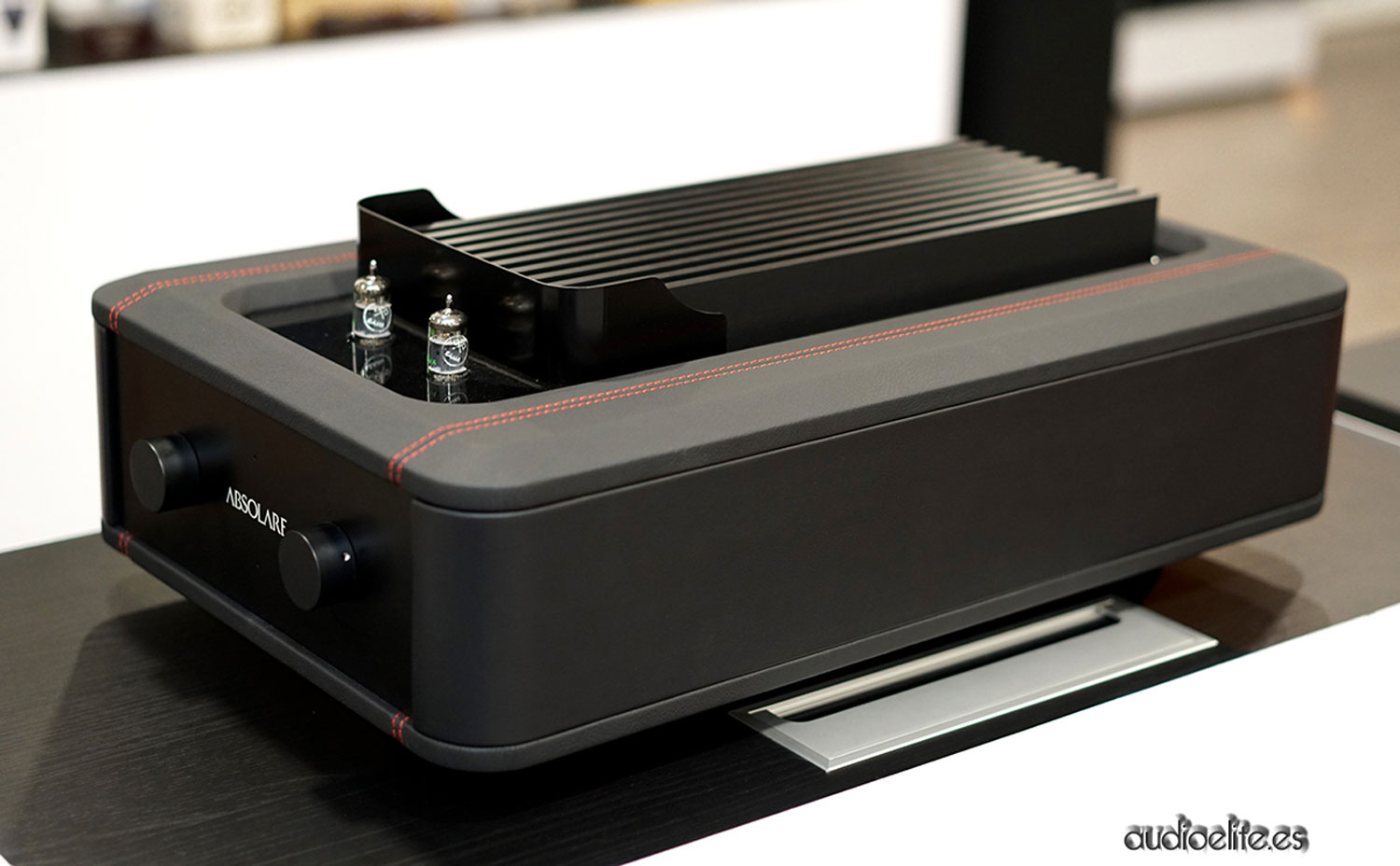