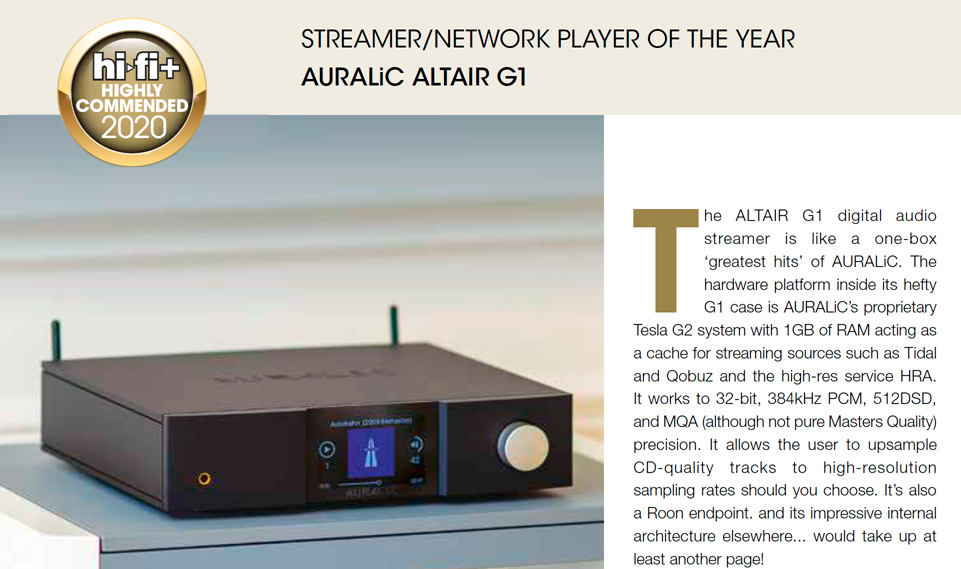 The ALTAIR G1 is not simply a technological marvel; it’s greatest strength is its sound. In our test, Alan Sircom felt that, “It absolutely knocks that tight, fast, leadingedge driven percussivesound out of the park. It’s fast-paced, upbeat, energetic (without being frenetic), and starts and stops in a heartbeat.” He summed the ALTAIR G1 up by saying, “It’s easy to set-up, easy to use, fun to listen to, and is priced to appeal’ 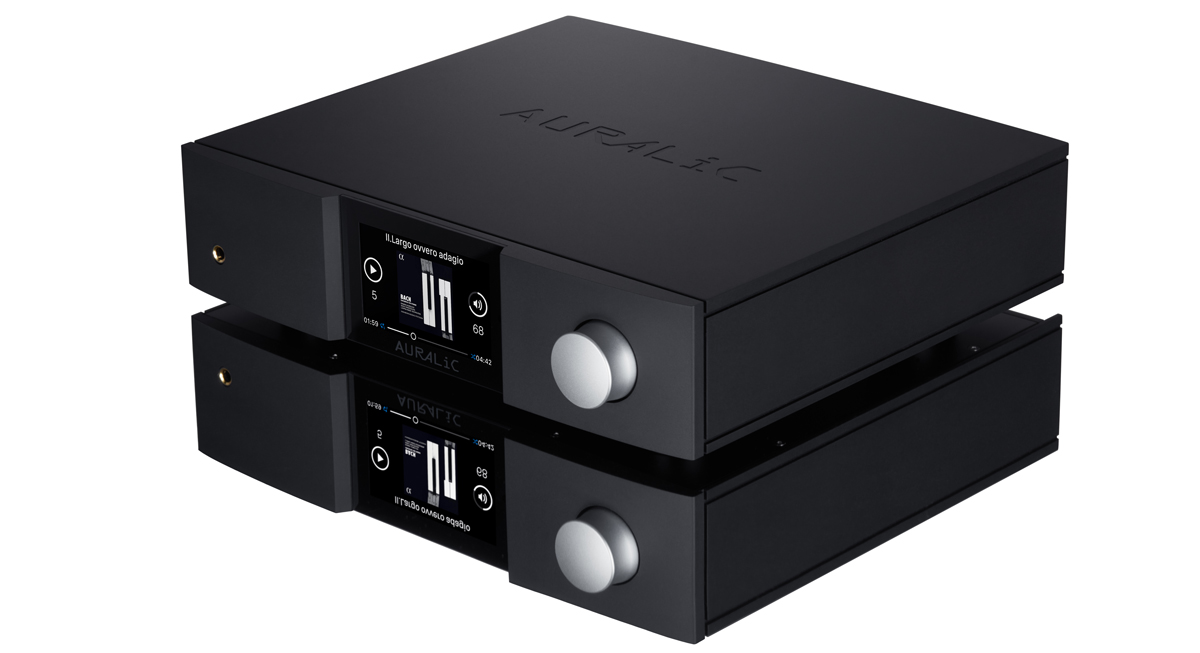 ‘ I’ve been using the Auralic Aries G1 standalone streamer for a good while now and wouldn’t be without it, to say it has transformed how I listen to music, when partnered with Roon and Qobuz, would be somewhat of an understatement. I think the question anyone reviewing a product should ask themselves is “Could I live with this?” and in the case of the G1 the answer is an emphatic “HELL YEAH!”. So, having made that statement, I feel I have no other option than to award the Auralic Altair G1 our highest accolade. At this price-point, it’s a must audition bit of kit! 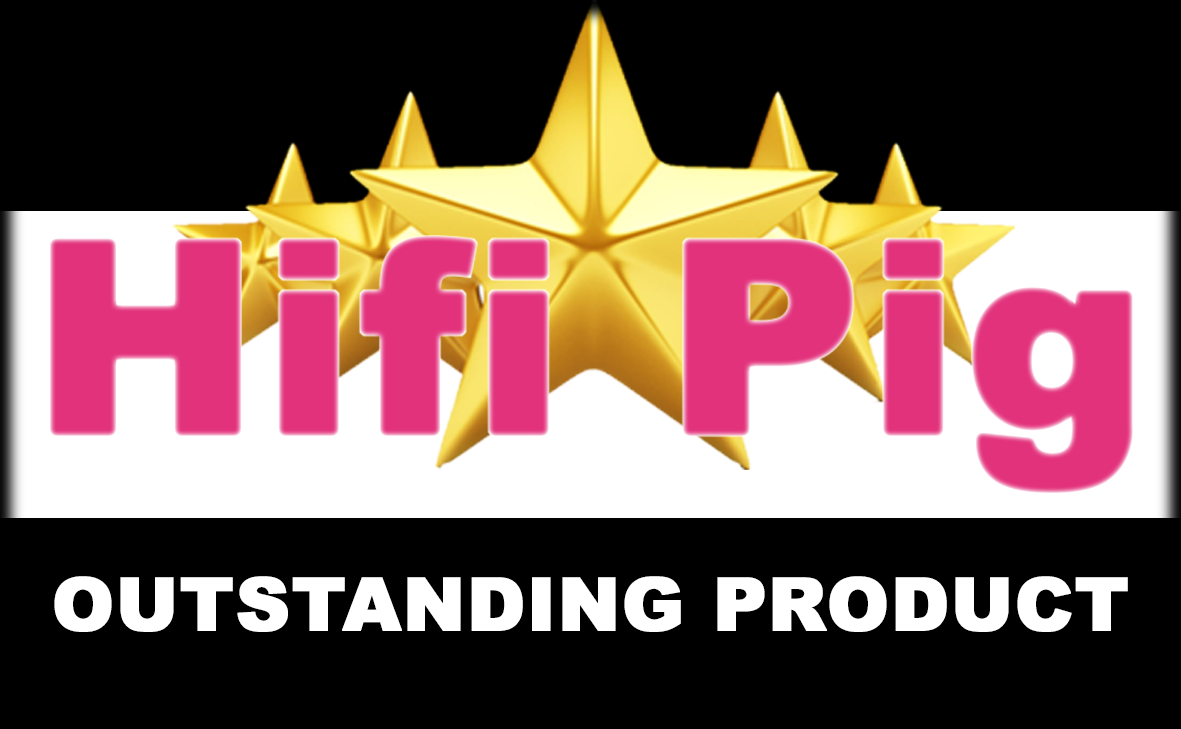